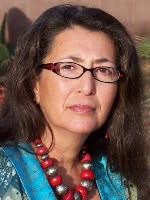 Mary Romero is Professor of Justice Studies and Social Inquiry at Arizona State University and affiliate of Women and Gender Studies, Asian Pacific American Studies and African and African American Studies. She was elected as the 110th President of the American Sociological Association and previously served as ASA Secretary from 2014-2016.
If there is growing recognition in sociology today that modern societies often rest on a bed of racialized and gendered class exploitation, this owes in no small part to the pathbreaking work of Romero. One of the leading figures in intersectional, feminist research, Romero has made major contributions to the study of carework, immigration, family, social exclusion, identity, belonging, mobility, entrepreneurship, and law. Her 1992 book, Maid in the U.S.A., offered a now classic analysis of how the career advancement of professional-class white women (and men) may hinge upon the underpaid labor of women of color who toil in their households as domestic workers. But the book also set a research agenda that Romero would vigorously pursue for the next three decades.
In subsequent and equally celebrated book chapters, articles, and edited volumes—and in her methodologically innovative 2011 monograph, The Maid’s Daughter, a rare long-term oral history project—Romero went on to identify and unpack the complex ways in which overlapping systems of power and inequality shape experiences of social marginality, as well as the creative strategies people deploy to resist in the interests of their families, their communities, and their dignity. She has also been on the forefront—across levels of analysis—of dynamics of social invisibility that go hand in hand with exploitation; and countered those dynamics by spotlighting the lives, relationships, and practices of working-class Latino/a Americans in particular, in all their diversity, who have for far too long been kept in the shadows. For sociologists in a wide array of subfields, Romero’s research is foundational.
While her intellectual contributions are many, the award committee was also deeply impressed by what Romero has managed to accomplish for the discipline organizationally. Just as American society has often rendered the experiences of working-class Latino/a Americans invisible, so too has sociology proceeded with certain blinders. As part of this, the discipline hasn’t always been a hospitable place for Latino/a scholars, or for other scholars at the margins. Romero has worked tirelessly to change this. She was a founding member of the American Sociological Association’s Section on Latino/a Sociology and the Section on Racial and Ethnic Minorities. As ASA President, she pushed for greater inclusivity, and made the case that in light of current social and political crises, the time was at hand to revive a tradition of engaged, social justice-oriented scholarship of the kind practiced by W.E.B. Du Bois and his Atlanta School colleagues, and by “settlement house” thinkers and researchers like Jane Addams. Romero has been similarly influential in opening up new horizons and opportunities in organizations like Sociologists for Women in Society. And she has served as a mentor to countless early-career sociologists who might not otherwise have felt that they belonged in a discipline that could seem, as Romero put it in the title of a 1998 article coauthored with Eric Margolis, “very old, very white, and very conservative.”
The W.E.B. Du Bois Career of Distinguished Scholarship Award is for those “who have shown outstanding commitment to the profession of sociology and whose cumulative work has contributed in important ways to the advancement of the discipline.” Mary Romero embodies that commitment, and her work has made just such a lasting contribution.