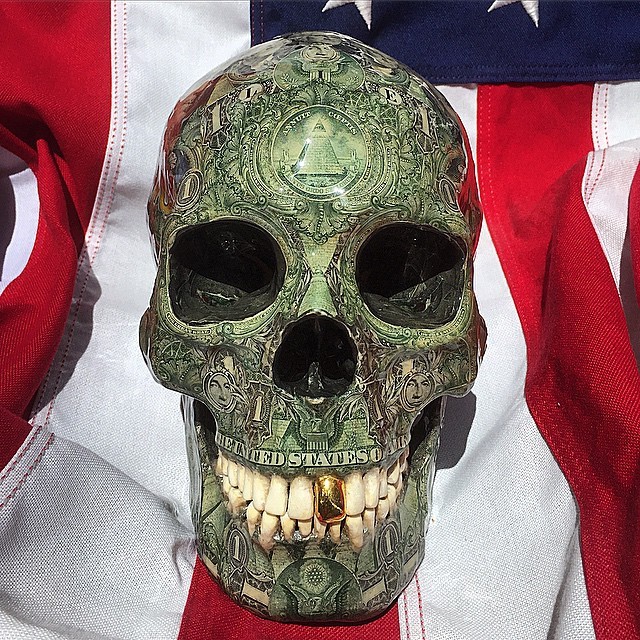 Sartre’s introduction to Franz Fanon’s classic “The Wretched of the Earth” is a hell of a piece of literature. It begins: “NOT so very long ago, the earth numbered two thousand million inhabitants: five hundred million men, and one thousand five hundred million natives. The former had the Word; the others had the use of it. Between the two there were hired kinglets, overlords and a bourgeoisie, sham from beginning to end, which served as go-betweens. In the colonies the truth stood naked, but the citizens of the mother country preferred it with clothes on: the native had to love them, something in the way mothers are loved. The European élite undertook to manufacture a native élite. They picked out promising adolescents; they branded them, as with a red-hot iron, with the principles of western culture, they stuffed their mouths full with high-sounding phrases, grand glutinous words that stuck to the teeth. After a short stay in the mother country they were sent home, whitewashed. These walking lies had nothing left to say to their brothers; they only echoed. From Paris, from London, from Amsterdam we would utter the words ‘Parthenon! Brotherhood!’ and somewhere in Africa or Asia lips would open … thenon! … therhood!’ It was the golden age.”

here is a link to the rest
https://www.marxists.org/reference/archive/sartre/1961/preface.htm

This piece from the NY Times is an important reminder

“White men,” an obscure Australian academic named Charles Henry Pearson predicted in his 1893 book “National Life and Character: A Forecast,” would be “elbowed and hustled, and perhaps even thrust aside” by people they had long regarded as their inferiors — “black and yellow races.” China, in particular, would be a major threat. Pearson, prone to terrors of racial extinction while living in a settler colony in an Asian neighborhood, thought it was imperative to defend “the last part of the world, in which the higher races can live and increase freely, for the higher civilization.”

His prescriptions for racial self-defense thunderously echoed around the white Anglosphere, the community of men with shared historical ties to Britain. Theodore Roosevelt, who held a complacent 19th-century faith, buttressed by racist pseudoscience, that nonwhite peoples were hopelessly inferior, reported to Pearson the “great effect” of his book among “all our men here in Washington.”

In the years that followed, politicians and pundits in Britain and its settler colonies of Australia, Canada and the United States would jointly forge an identity geopolitics of the “higher races.” Today it has reached its final and most desperate phase, with existential fears about endangered white power feverishly circulating once again between the core and periphery of the greatest modern empire. “The fundamental question of our time is whether the West has the will to survive,” President Trump said last year in a speech hailed by the British journalist Douglas Murray, the Canadian columnist Mark Steyn and the American editor Rich Lowry. More recently, Mr. Trump tweeted (falsely) about “large-scale killing” of white farmers in South Africa — a preoccupation, deepened by Rupert Murdoch’s media, of white supremacists around the world.

To understand the rapid mainstreaming of white supremacism in English-speaking liberal democracies today, we must examine the experience of unprecedented global migration and racial mixing in the Anglosphere in the late 19th century: countries such as the United States and Australia where, as Roosevelt wrote admiringly in 1897, “democracy, with the clear instinct of race selfishness, saw the race foe, and kept out the dangerous alien.” It is in the motherlands of democracy rather than in fascist Europe that racial hierarchies first defined the modern world. It is also where a last-ditch and potentially calamitous battle to preserve them is being fought today.

This “race selfishness” was sharpened in the late 19th century, as the elites of the “higher races” struggled to contain mass disaffection generated by the traumatic change of globalization: loss of jobs and livelihoods amid rapid economic growth and intensified movements of capital, goods and labor. For fearful ruling classes, political order depended on their ability to forge an alliance between, as Hannah Arendt wrote, “capital and mob,” between rich and powerful whites and those rendered superfluous by industrial capitalism. Exclusion or degradation of nonwhite peoples seemed one way of securing dignity for those marginalized by economic and technological shifts.

The political climate was prepared by intellectuals with clear-cut racial theories, such as Brooks Adams, a Boston Brahmin friend of Roosevelt, and Charles B. Davenport, the leading American exponent of eugenics. In Australia, Pearson’s social Darwinism was amplified by media barons like Keith Murdoch (father of Rupert and a stalwart of the eugenics movement) and institutionalized in a “White Australia” policy that restricted “colored” migration for most of the 20th century. Anti-minority passions in the United States peaked with the 1924 immigration law (much admired by Hitler and, more recently, by Jeff Sessions), which impeded Jewish immigrants and barred Asians entirely. By the early 20th century, violence against indigenous peoples, immigrants and African-Americans reached a new ferocity, and nativist and racist demagogues entrenched a politics of dispossession, segregation and disenfranchisement.

Seeking to maintain white power globally, Roosevelt helped transform the United States into a major imperialist power. Woodrow Wilson, too, worked to preserve, as he put it, “white civilization and its domination of the planet” even as he patented the emollient rhetoric of liberal internationalism that many in the American political and media establishment still parrot. At the post-World War I Paris Peace Conference, over which Wilson supervised, the leaders of Britain, the United States, Australia, South Africa, New Zealand and Canada not only humiliated the many Asians and Africans demanding self-determination; they also jointly defeated an attempt by Japan, their wartime ally, to have a racial equality clause included in the Covenant of the League of Nations.

The exposure of Nazi crimes, followed by decolonization and civil rights movements, generally discredited quasi-scientific racism and stigmatized overt expressions of white supremacism. In our own time, global capitalism has promised to build a colorblind world through economic integration. But as revolts erupt against globalization in its latest, more disruptive phase, politicians and pundits in the Anglosphere are again scrambling to rebuild political communities around what W. E.B. Du Bois in 1910 identified as “the new religion of whiteness.”

The intellectual white web originally woven in late-19th-century Australia vibrates once more with what the historians Marilyn Lake and Henry Reynolds termed “racial knowledge and technologies that animated white men’s countries and their strategies of exclusion, deportation and segregation.” Mr. Trump, for instance, has chosen Australia’s brutal but popular immigration policies as a model: “That is a good idea. We should do that too,” he said in January 2017 to Malcolm Turnbull, Australia’s prime minister at the time, as he explained his tactic of locking up refugees on remote islands. “You are worse than I am,” Mr. Trump told Mr. Turnbull.

If right-wing Australian politicians were among the first to mainstream a belligerent white nationalism, the periodicals and television channels of Rupert Murdoch have worked overtime to preserve the alliance between capital and mob in the Anglosphere. Indulged by Mr. Murdoch’s newspapers, writers like Bernard Lewis, Niall Ferguson, David Frum, Andrew Sullivan and Andrew Roberts repeatedly urged American neoconservatives after the Sept. 11 attacks to take up the aging white man’s burden and quell mutinous natives.

A broad range of figures in the Anglosphere’s establishment, including some of Mr. Trump’s most ostentatious critics today, contributed manure to the soil in which Trumpism flourishes. Cheered on by the Murdoch press, Tony Blair tried to deepen Britain and America’s “special relationship” in Iraq. Leaders of Australia and Canada also eagerly helped with the torture, rendition and extermination of black and brown brutes.

Not surprisingly, these chieftains of white settler colonies are fierce cultural warriors; they are all affiliated with private donors who build platforms where political correctness, Islam and feminism are excoriated, the facts of injustice and inequality denied, chests thumped about a superior but sadly imperiled Western civilization, and fraternal sympathy extended to Israel, the world’s last active settler-colonialist project.

Emotional incontinence rather than style or wit marks such gilded networks of white power. For the Anglosphere originally forged and united by the slave trade and colonialism is in terminal crisis today. Whiteness denoted, as Du Bois wrote, “the ownership of the earth forever and ever.” But many descendants of the landlords of the earth find themselves besieged both at home and abroad, their authority as overlords, policemen and interpreters of the globe increasingly challenged.

Mr. Trump appears to some of these powerful but insecure men as an able-bodied defender of the “higher races.” The Muslim-baiting British Conservative politician Boris Johnson says that he is “increasingly admiring of Donald Trump.” Mr. Murray, the British journalist, thinks Mr. Trump is “reminding the West of what is great about ourselves.” The Canadian YouTube personality Jordan Peterson claims that his loathing of “identity politics” would have driven him to vote for Mr. Trump.

Other panicky white bros not only virulently denounce identity politics and political correctness — code for historically scorned peoples’ daring to propose norms about how they are treated; they also proclaim ever more rowdily that the (white) West was, and is, best. “It is time to make the case for colonialism again,” Bruce Gilley, a Canadian academic, recently asserted and promptly shot to martyrdom in the far-right constellation as a victim of political correctness. Such busy recyclers of Western supremacism, many of whom uphold a disgraced racial pseudoscience, remind us that history often repeats itself as intellectual farce.

The low comedy of charlatanry, however, should not distract us from the lethal dangers of a wounded and swaggering identity geopolitics. The war on terror reactivated the 19th century’s imperial archive of racial knowledge, according to which the swarthy enemy was subhuman, inviting extreme and lawless violence. The rapid contraction of suffrage rights witnessed in early-20th-century America is now mimicked by Republican attempts to disenfranchise nonwhite voters. The Australian lawmaker who recently urged a “final solution” for Muslim immigrants was only slightly out of tune with public debate about immigration in Australia. Hate crimes continue to rise across the United States, Britain and Canada. More ominously, demographic, economic and political decline, and the loss of intellectual hegemony, have plunged many long-term winners of history into a vengeful despair.

A century ago, the mere suspicion of being thrust aside by black and yellow peoples sparked apocalyptic visions of “race suicide.” Today, the “preponderance of China” that Pearson predicted is becoming a reality, and the religion of whiteness increasingly resembles a suicide cult. Mr. Trump’s trade wars, sanctions, border walls, deportations, denaturalizations and other 11th-hour battles seem to push us all closer to the “terrible probability” James Baldwin once outlined: that the rulers of the “higher races,” “struggling to hold on to what they have stolen from their captives, and unable to look into their mirror, will precipitate a chaos throughout the world which, if it does not bring life on this planet to an end, will bring about a racial war such as the world has never seen.”

Pankaj Mishra, a contributing opinion writer, is the author, most recently, of “Age of Anger: A History of the Present.”